Throughout the history of the National String Instrument Company and the amalgamated National Dobro company from 1927 to 1941, only six string Triplates were decorated with the high quality Style 4 Chrysanthemum pattern – that is, except for this one! 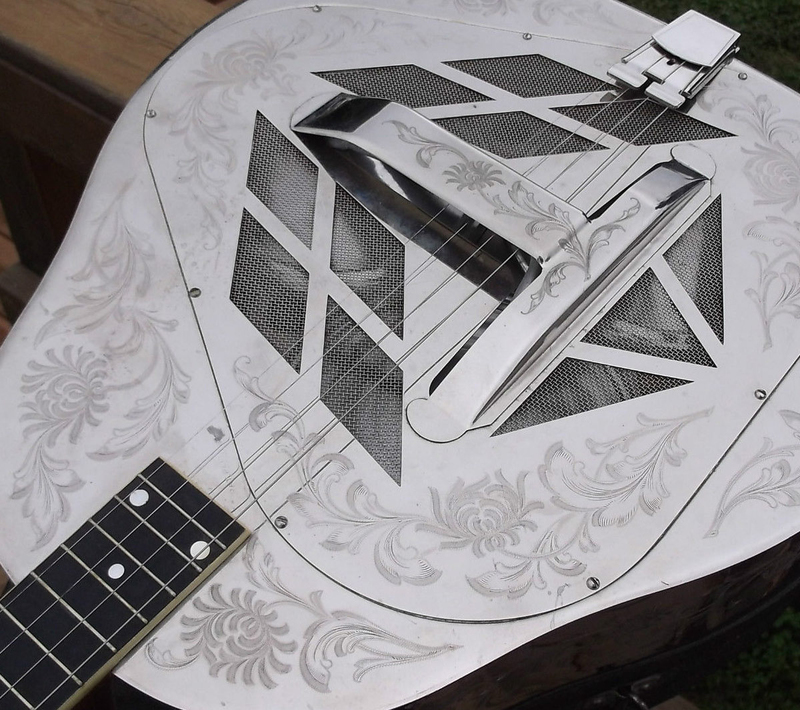 This triplate National tenor guitar is, as far as is known, the only instrument with less than six strings to acquire the top of the line engraving pattern. It is an early pear-shaped tenor instrument from the first part of 1928 and is numbered 12. It has a mahogany neck with a lighter (but stained) maple neck strip. These instruments usually had maple necks with ebony strips. 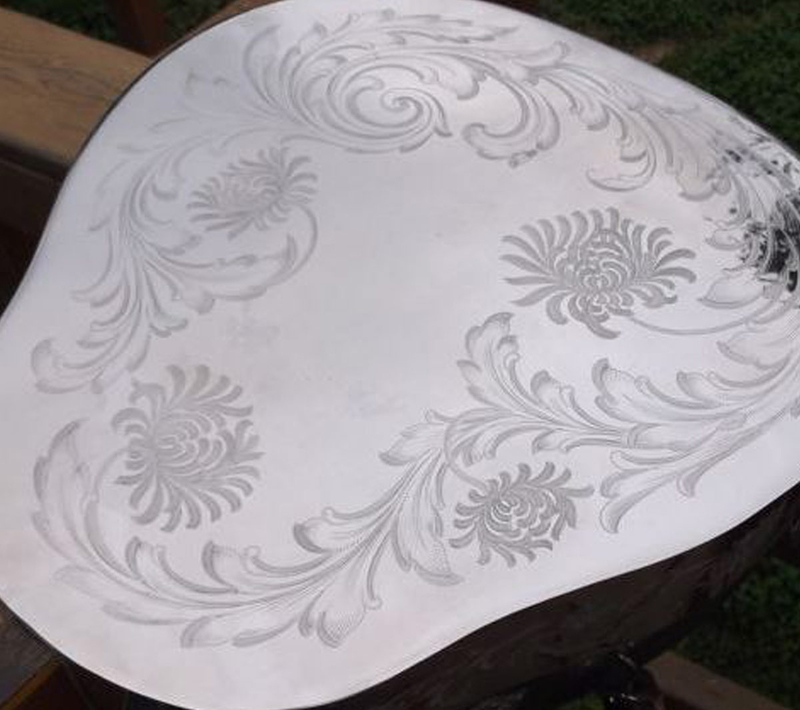 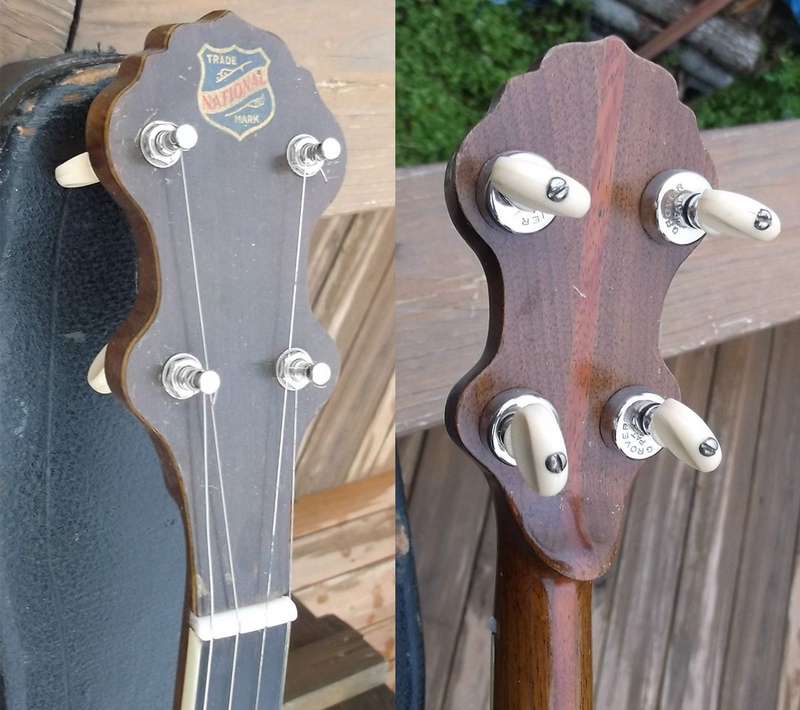 As is typical of early top quality prototype instruments, it has a plain veneered headstock with an unassuming early blue decal. All Style 3s and 4s were usually fitted with pearl headstocks or pearl inlaid logos. It has a replacement presto-type banjo tailpiece. Whether it was originally fitted with one of these is not known.