Much confusion exists about the origins and construction of the Style N. Was it brass or german silver? When did it first appear? Many people are of the opinion that this high quality custom instrument issued in 1932 was made with a german silver body. This, in fact, is not true. To understand why, we must follow the history of the development of the Style 0. 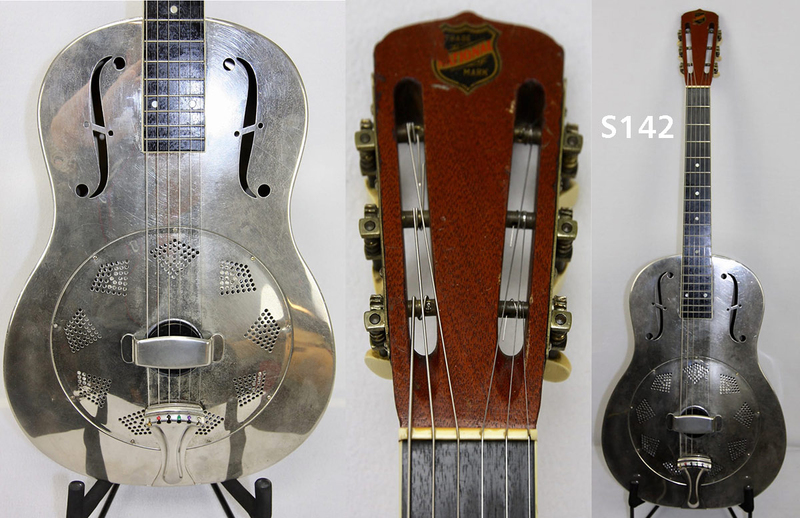 The Style O was first issued in May of 1930 as a plain bodied german silver instrument. It featured the same neck as the round neck Triplates with the ogee shaped headstock, mahogany neck and ebony fingerboard. It also had the standard three colour National decal. The earliest serial number we have recorded is S36 so we can assume it started at S1. Approximately 180 of these german silver instruments were made. 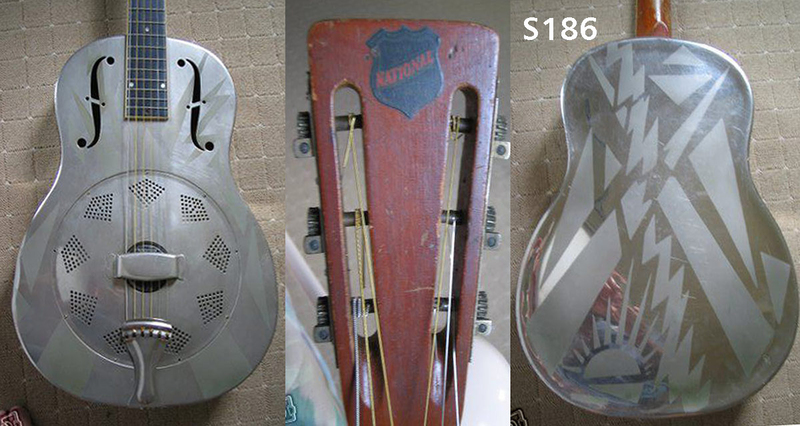 The second variation to appear was the Style O ‘Lightning Bolt’. This was the same instrument, german silver body, mahogany neck but it had 2 distinct changes – the headstock was now a squared off shape, the headstock slots were still round topped like the triplate and the first of the sandblasted designs (lightning flashes and triangles) was added to the body. The Style O had been originally issued at $85 in May, by August of 1930, this seemed to be too high a price so by September, the price was reduced to $62. 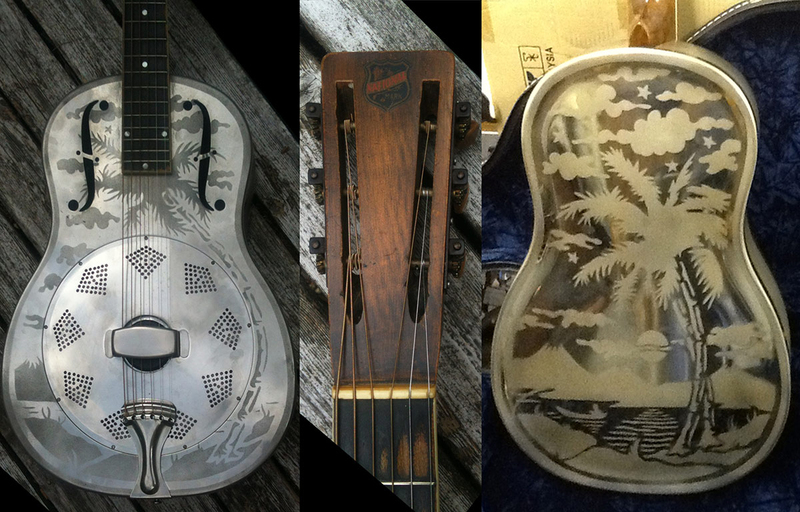 The next variation to appear (known as the Variation 1 Style O) has the first of the typical Hawaiian scenes with lots of stars and clouds. It also features a sandblasted ‘edge’ about a centimetre wide around the top edge. Although a few early ones may have been made in german silver, the majority were now made of steel and the fingerboard was now a black stained maple. The square headstock now had square topped slots as well. – all attempts to reduce the material costs in line with the reduced price of $62. Steel Style Os were made between roughly S230 to S1100. Beyond this number, they are predominantly made of brass. Nothing changes (apart from the sandblasted patterns – Variations 2 &3) for the next 1500 instruments until the end of 1931. 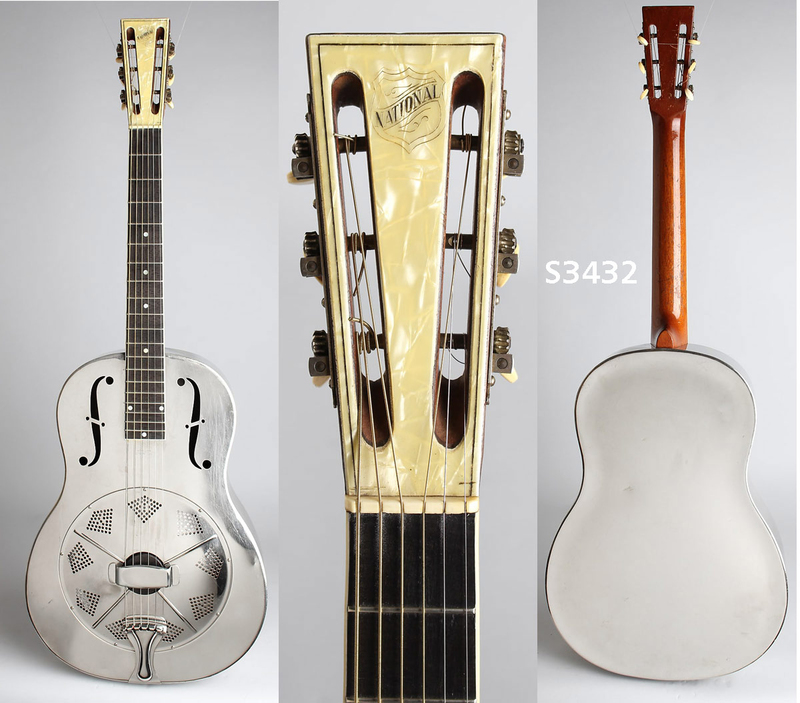 By the beginning of 1932, it was decided that there was a place for a more expensive price-point single cone guitar. So the $85 instrument was re-instated as the Style N. They number from around S2700 to around S3500. These revert back to the high quality mahogany neck and ebony fingerboard but they have a square topped headstock with a cream pearloid front plate with a black engraved National logo. The body, however, remains the same brass Style O body, now nickel plated with no engravings. For the first time at the end of 1932, it is described as a STYLE N in the catalogues.
It is the confusion between this plain bodied N of 1932 and the plain bodied german silver Style O of early 1930 that give rise to the problems of identity.